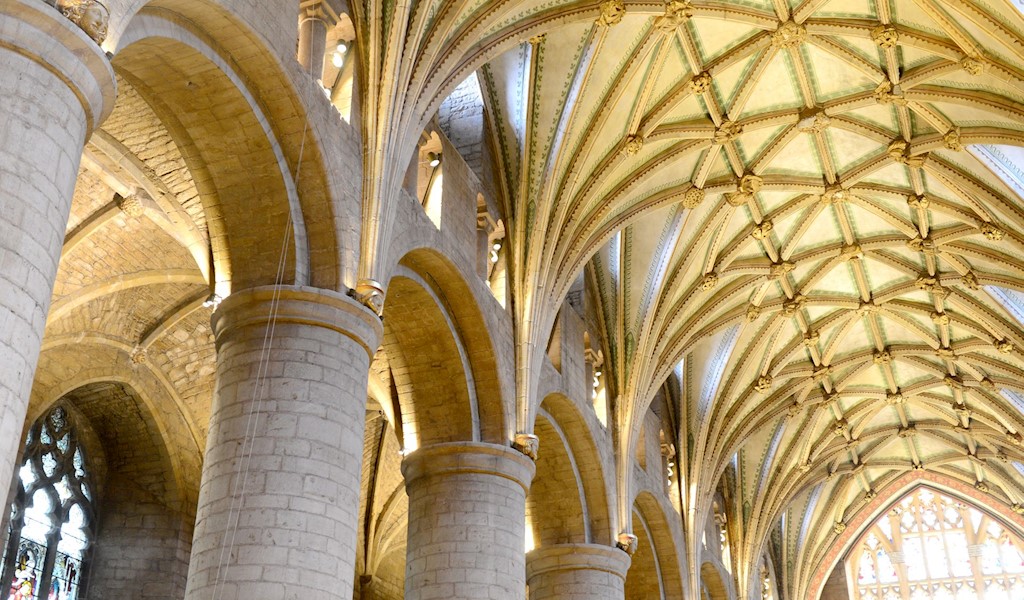 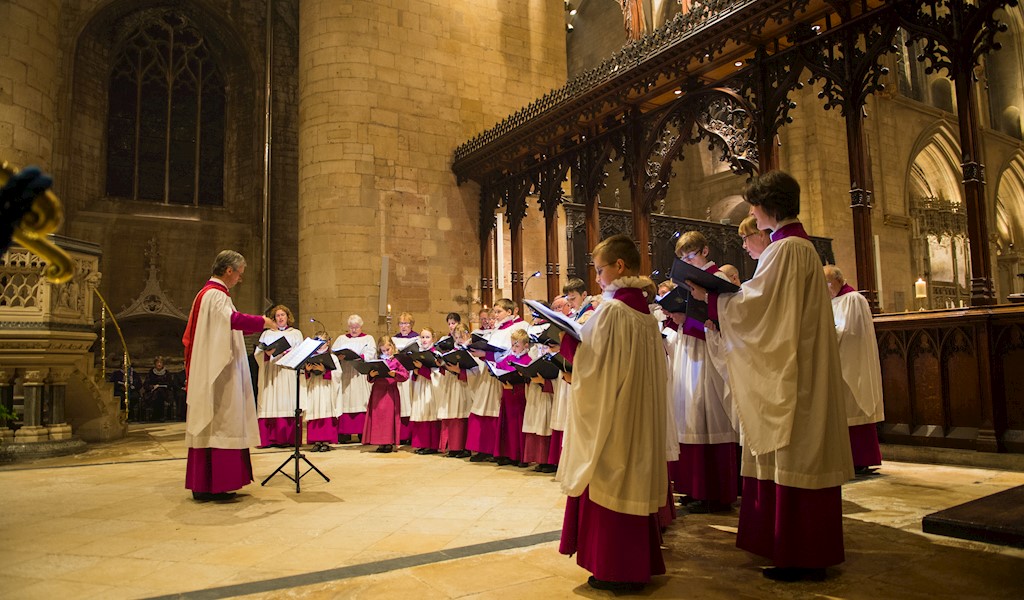 Tewkesbury Abbey is world-renowned for being one of the UK’s greatest examples of medieval architecture. Its striking Norman tower and long nave have dominated the Tewkesbury skyline for nearly 900 years.

As the Abbey Church of St Mary the Virgin, it is also one of the largest parish churches in England with music and worship at the heart of its mission and ministry.

Christian foundations in the town can be traced back to the 7th century when Theoc, a missionary from Northumbria settled in the area. A monastery followed in 715.

The history of the Abbey at its current site starts in the 10th century when Abbot Geraldus travelled with a group of monks from Cranborne in Dorset to establish a new monastery at Tewkesbury.

Consecrated in 1121, Tewkesbury Abbey thrived for many years until the time of The Reformation when, in 1540, the monastery was dissolved on the orders of Henry VIII and most of the monastery buildings were lost.

But the Abbey itself survived after being saved by the townsfolk of Tewkesbury. They paid £453 – an enormous sum in the 16th Century - to buy their parish church and, in so doing, saved the magnificent building for future generations.

Today much of the Abbey remains unchanged from the early 12th century: the Nave Pillars, Norman tower and West front. The East End of the Abbey contains original medieval windows, a Quire clerestory and number of chapels.

In the 19th century, fine stained glass was installed in the Nave and at the West End. The most recent stained glass consists of two windows created by Tom Denny to celebrate the 900th anniversary of the arrival of the Benedictine monks from Cranborne.

There is a strong musical and liturgical tradition at Tewkesbury Abbey. The Abbey choir sings services on Sundays and the major Christian festivals, and Tewkesbury Abbey Schola Cantorum sing Choral Evensong during term time.

In addition to the services there are many concerts in the Abbey each year and our own Musica Deo Sacra festival celebrating music and liturgy takes place annually in late July.

Open: All year round